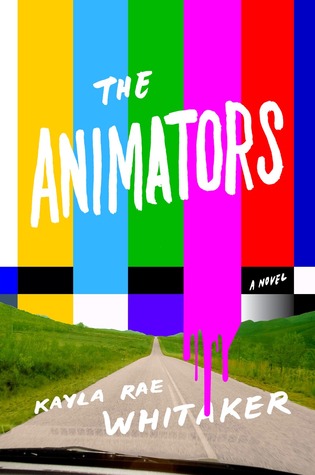 She was the first person to see me as I had always wanted to be seen. It was enough to indebt me to her forever.

At a private East Coast college, two young women meet in art class. Sharon Kisses, quietly ambitious but self-doubting, arrives from rural Kentucky. Mel Vaught, brash, unapologetic, wildly gifted, brings her own brand of hellfire from the backwaters of Florida. Both outsiders, Sharon and Mel become fervent friends, bonding over underground comics and dysfunctional families. Working, absorbing, drinking. Drawing: Mel, to understand her own tumultuous past, and Sharon, to lose herself altogether.

A decade later, Sharon and Mel are an award-winning animation duo, and with the release of their first full-length feature, a fearless look at Mel’s childhood, they stand at the cusp of success. But while on tour to promote the film, cracks in their relationship start to form: Sharon begins to feel like a tag-along and suspects that raucous Mel is the real artist. When unexpected tragedy strikes, long-buried resentments rise to the surface, threatening their partnership—and hastening a reckoning no one sees coming.

Melody and Sharon build a strong friendship after meeting in college. They both grew up in dysfunctional families lacking emotional support. After graduation they developed a successful partnership working as film animators. Mel is outspoken and bold while Sharon is reserved and cautious.

Ten years later in New York City their first full length feature is an award winner. The film focuses on Mel’s teen years growing up in Florida. After the movie release, they receive a prestigious grant giving them freedom for their next film. While embarking on a press event in Florida a crisis occurs which redefines their friendship and future partnership.

Narrated in Sharon’s voice, this is a book about two complex individuals and their personal journeys. The book is humorous and heartbreaking at the same time, making it a wonderful read. I loved the gritty and realistic feel from this author’s debut novel.

3 thoughts on “The Animators by Kayla Rae Whitaker”