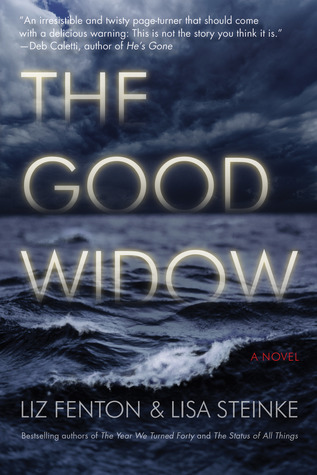 Jacqueline “Jacks” Morales gets a surprise visit by two police officers at her home in California. They inform her that her husband, James, has died in Hawaii in a car crash.  Adding to the mystery is an unknown woman who also died in the accident.  Jacks is confused because James was supposed to be on a business trip to Kansas.

James and Jacks had been married for eight years. She never felt that their marriage was perfect but they seemed to get along.  After his memorial, an unknown man named Nick shows up at her door. He was formerly engaged to Dylan, the woman from the accident. He is also searching for answers and wants to visit Hawaii to retrace their loved ones last few days. She agrees to join him in an attempt to solve many of her questions. Together they solve some of these mysteries while unraveling some unsettling truths.

The Good Widow is mixture of both drama and suspense. The story with its twists and tension makes it hard to put down.  I look forward to more works from the team of Liz Fenton and Lisa Steinke.

2 thoughts on “The Good Widow by Liz Fenton & Lisa Steinke”