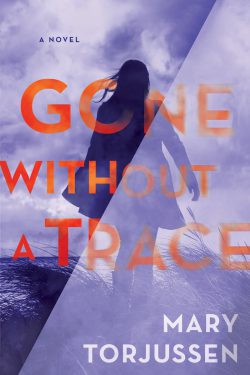 Hannah Moore is having a great day at work after finding out she is being considered for a promotion. She cannot wait to get home and share the news with her live-in boyfriend of four years, Matt.  When she arrives home, she finds that Matt, along with all of his possessions is missing.

Matt has left no trace of his whereabouts and has completely erased Hannah from his life. His cell phone has been disconnected and all his social media accounts are gone. Files and photos on her computer have also been wiped clean along with her emails. Hannah is in complete shock about his departure and missed all signs that he was unhappy. Hannah can’t accept her situation and starts to search for her missing boyfriend. She becomes obsessed with locating him which begins to affect her job and her emotional well-being.

This novel is a thriller with unforseen twists and turns.   To say more would spoil the mystery.  This is a captivating debut novel by Mary Torjussen which kept me on edge until its’  conclusion.

6 thoughts on “Gone Without A Trace by Mary Torjussen”