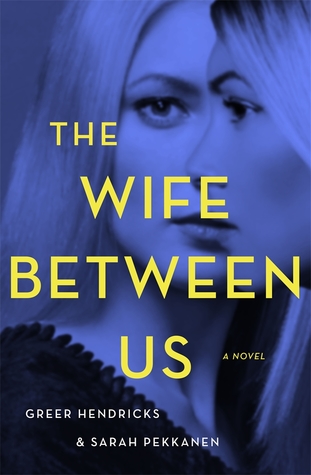 Vanessa Thompson lives with her aunt in New York City.  Life has been tough and she is about to be fired from her sales job at Saks. She also maintains some bitterness from her failed marriage to Richard. Somehow, he emerged victorious from the divorce and got possession of their house in Westchester along with most of their money and friends. Her mood worsens when she runs into one of her former friends and finds out that Richard is engaged to be married.

Vanessa goes into stalker mode in an attempt to stop the marriage. She rationalizes her efforts because this new fiance shouldn’t have to suffer from the same abuses.  She investigates where this woman lives and make plans to befriend her.  Richard finds out about Vanessa’s plot and blocks her efforts.  He paints her to everyone as an alcoholic looking for attention and in need of professional help. This criticism further motivates Vanessa to block his upcoming marriage.

This book by Greer Hendricks and Sarah Pekkanen has been optioned for film by Dreamworks. Narrated in three parts, it is a suspenseful story about betrayal, lies, and infidelities. Assume nothing while you are reading this thriller!