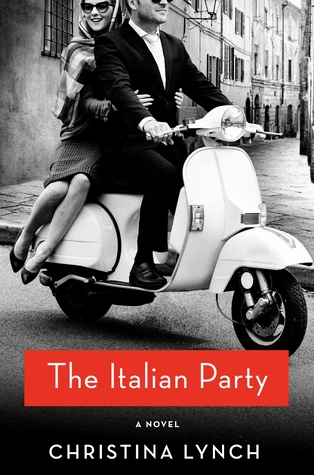 Newlyweds Michael and Scottie Messina move to Siena, Italy in 1956. Michael is operating a Ford tractor dealership as cover for his role within the CIA. His current mission is to influence the local election to ensure that the winner is not from the Communist party. Michael is leading two lives and is keeping his CIA involvement and other secrets from his wife. Scottie’s life is in transition after dropping out of school abruptly and agreeing to a quick marriage. She has secrets of her own and has not revealed to Michael that she entered the marriage while pregnant. Despite the impediments, the two truly like each other and are dedicated to making the marriage work.

Scottie spends a great deal of time alone due to Michael’s busy travel schedule. She decides to learn Italian so that she can explore while Michael is away. She hires a local boy named Robertino who is well connected despite being fourteen years old. Things improve until Scottie learns that Robertino is missing. Scottie’s search for the boy leads her to uncover hidden truths about the city and her husband’s activities. Previously kept secrets begin to unfold and they work to forge an honest relationship.

This is a debut novel by Christina Lynch. The Italian Party is an engaging novel during a unique time in Siena’s history. The story brings together two individuals with differing needs and shows their progression into a loving union.

6 thoughts on “The Italian Party by Christina Lynch”