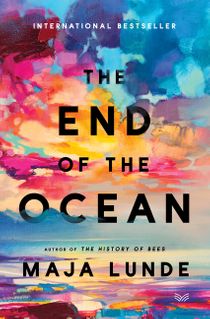 In 2017, 70 year-old Signe returns to her home – the village of Ringfjorden, Norway. She has come with her life-long partner, her sailboat Blue, to avenge the glacier and the waterfalls of her home on the edge of the fjord. Signe became an environmentalist at an early age by the influence of her father, and she carried this with her throughout her life by fighting against the folly of human progress. Now she plans to make her final stand carrying the precious ice being harvested from the mountains of Norway to the most guilty man in her eyes, Magnus, her first love.

In 2041, David, a young man, and his daughter Lou are refugees of the water crisis in western Europe. They have fled to Bordeaux after their home was consumed in a terrible fire in hopes of finding his wife, Anna, and infant son, August, from whom they were separated. David struggles to put on a brave face for his daughter as the supplies at the refugee camp begin to dwindle. The one thing that keeps the two of them afloat in the horrible heat and drought is the abandoned boat they discovered nearby, with personal effects from Norway on board.

Maja Lunde is a Norwegian novelist and screenwriter, and The End of the Ocean is her second novel for adults following The History of Bees. This story is at an intersection of fiction where futurism, drama, and environmentalism meet. It is a story of family and connection while also being a call to climate change action by painting a very bleak future for us.

3 thoughts on “The End Of The Ocean by Maja Lunde”