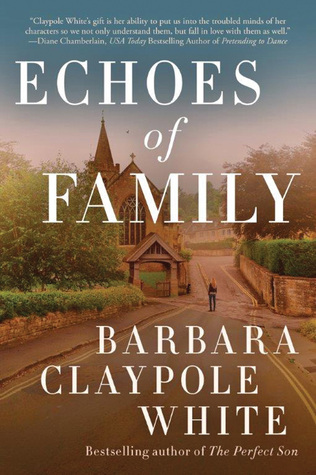 Sometimes the only way through darkness is to return to where it began.

Marianne Stokes fled England at seventeen, spiraling into the manic depression that would become her shadow. She left behind secrets, memories, and tragedy: one teen dead, and her first love, Gabriel, badly injured. Three decades later she’s finally found peace in the North Carolina recording studio she runs with her husband, Darius, and her almost-daughter, Jade…until another fatality propels her back across the ocean to confront the long-buried past.

In her picturesque childhood village, the first person she meets is the last person she wants to see again: Gabriel. Now the village vicar, he takes her in without question, and ripples of what if reverberate through both their hearts. As Marianne’s mind unravels, Jade and Darius track her down. Tempers clash when everyone tries to help, but only by finding the courage to face her illness can Marianne heal herself and her offbeat family.

Marianne Stokes lives in North Carolina and runs a record producing studio with her husband Darius.  Marianne has been managing her bipolar disorder since she was in her late teens. Marianne has an pseudo daughter named Jade who is a young adult, and also manages the studio. Jade has been cared for by the Strokes since she was a teenage runaway. Darius and Jade are Marianne’s  support system who love and care for her dearly.

Marianne has just been involved in a car accident where a fatality has occurred.  This accident has triggered old feelings about a trauma she experienced in her childhood in England. At seventeen she was involved in a car accident where a teen died, and her boyfriend, Gabriel was injured.  Now Marianne’s old wounds are open and she is feeling guilt ridden for being involved in another fatal accident. She is in a downward spiral and decides to take off for England. She has not been back since she abruptly left many years ago, nor has she discussed this idea with her family. She believes that going back home will provide answers to her past and secrets that haunt her. As her chaotic and stressful mission unfolds, her family patiently stands by and supports her as she reconciles her past with her future.

This book is written in the voices of Marianne, Gabriel, Darius, and Jade. The alternating chapters by character contribute to the reader’s perspective of what each person felt by loving Marianne. I enjoyed the development of all four characters. Marianne’s disease felt very realistic, which is attributed to the author’s extensive research. The difficulty and complexity of the disease is so well crafted that this book will tug at your heart.

2 thoughts on “Echoes Of Family by Barbara Claypole White”