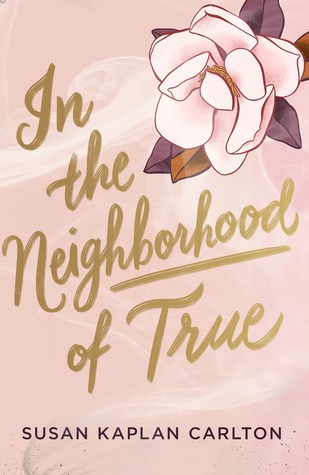 Ruth Robb is a teenager hiding a big secret from her friends. She recently moved to Atlanta from New York City where she was raised in a Jewish home. After her father’s death, her mom decided to move them back near her family. Neither of them has told anyone about their religious beliefs because of the conservative nature of 1950s Georgia.

Ruth current social life pushes her toward debutante training, teas, and various social clubs. At the same time, she enjoys visits to her temple with her mother on the weekends. Her two separate lives are interesting but it is just a matter of time before they collide. When a violent hate crime occurs, Ruth must make choices that threaten to expose her secret life.

In The Neighborhood Of True was inspired by a true event. The book’s focus is on young adults and addresses antisemitism and racism viewed through the eyes of a teenager. Susan Caplan Carlton tells a good story with relevant themes still faced by our society.