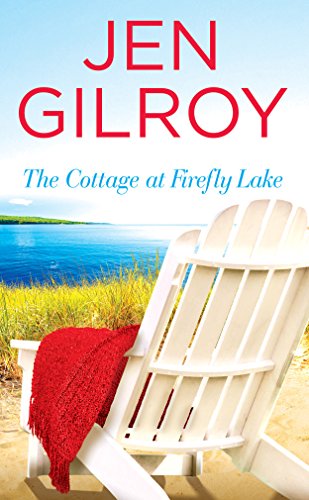 Charlotte Gibbs has returned with her sister Mia to sell their parent’s summer cottage at Firefly Lake. She hasn’t been back in eighteen years and returning has stirred up memories of past summers. When she last departed Firefly Lake she ended all communication with her boyfriend, Sean Carmichael and the community.  She never explained her behavior and her parents were very influential in her actions.

Sean Carmichael grew up in Firefly Lake and currently runs the family marina with his brother. He is divorced with a teenage son named Ty. He has never gotten over Charlotte and has many unanswered questions about her abrupt disappearance.

They reconnect when Sean drops off a boat at the Gibb’s cottage. Sean had no idea that Charlotte and Mia were back in town. They start talking and reminiscing and then quickly progress into a soulful kiss. He realizes that he has strong feelings towards Charlotte and perhaps she feels the same about him. Will they be able to get beyond the secrets that doomed their relationship?

This is a fun summer read filled with intrigue and romance. This is a debut novel by Jen Gilroy.  Her second book in the series, Summer On Firefly Lake, releases July 25, 2017.

11 thoughts on “The Cottage At Firefly Lake by Jen Gilroy”