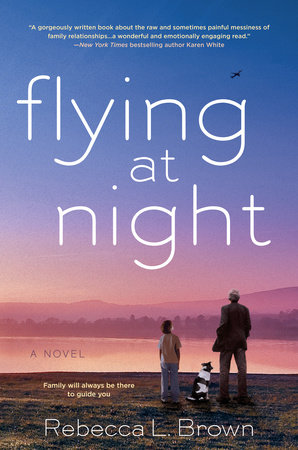 Piper Hart has a nine-year-old boy named Fred. She is a stay at home mom and her lawyer husband Isaac works long hours. Piper is very close to her son and overlooks his obsessive peculiarities and deficient social skills. After a conference at Fred’s school, she realizes that Fred’s issues could be serious. She will put him through a series of tests to see if he is on the autism spectrum.

At the same time Piper’s father, Lance, suffers a massive heart attack.  He survives but has severe memory loss and occupational issues. Piper and the rest of her family do not have fond memories of their abusive and domineering father. Lance was a commercial pilot and everyone was happiest when he was off traveling.  After his heart attack, it is clear that Lance cannot live on his own, and no family member wants the role of caregiver.  Piper reluctantly finds herself providing care to her father after he moves into her house.  At the same time, she works to adapt to a child on the autism spectrum while maintaining a healthy relationship with her husband.

This is a thoughtful debut novel by Rebecca L. Brown. Flying At Night provides interesting insights into family dynamics and the emotions encountered raising children. I look forward to more novels by the author.